We live in a world where social media and data buffets go hand in hand. With Facebook and Google recently getting into trouble because of the myriad of ways they monetize your data, those who know about Slyde have a valid concern. Will Slyde make money the same way others do?

The answer is no.

That doesn’t mean we won’t have ads. There will be some ads. They just won’t be very targeted. And more importantly, they won’t be required.

If you don’t know what Slyde is, check out our welcome post here! Or simply check it out at GetSlyde.com

Generally speaking, a premium experience requires a premium. With that said, we typically don’t like the idea of a general social network that has a paid option. But what if there was a more community driven reason to pay? What if a social network operated more like a Spotify and less like a magazine?

To put it short we’re going to have a paid option called Slyde Premium. Not an original name but the concept in the context of a general social network is. Premium is more than just a way to avoid seeing ads on Slyde, because most of the money will go back to the creators on Slyde.

What is Slyde Premium?

Slyde Premium will be a monthly subscription that allows users to never have ads and support the communities they enjoy. Although an ad-free experience is nice, it’s only the ancillary benefit. The primary benefit is that Premium also gives you what we’re calling Cred. Five of them to be exact.

Cred allows Premium members to support Channels in a subscription manner or one off. In return, Channels can offer perks to people who support them, such as access to private sub-channels and special badging. And what do Channels with Cred get at the end of the month? Money.

We’re going to pay out 70% of all revenue from Slyde Premium to creators. The money will be split up based on the total amount of Cred a particular Channel had that month. This is a win-win-win for everyone involved for a few reasons…

Not only do you get an ad-free experience, you also get to show support to the communities and creators you love. You are given 5 Creds a month and you can use them to support Channels as you see fit. Now that creators can make money easier from delivering content you like, you’ll end up with better content.

Have an Instagram meme account with millions of followers but have to rely on promotions to make money? Although you can still do that on Slyde, you might not have to anymore. Now that users can show support, you can now benefit from that support.

I’m sure you can imagine how beneficial this will be to small and large Channels, from creatives to non-profits who can now more easily monetize their support without having to directly handle it.

With the ability for Channels to offer premium content to users, those on other platforms may have a more viable, and soon to be much larger audience to attract. We’ll also be introducing a tiered perk program for Channels. This will allow Channel Admins to create different sub-channels for those who’ve subscribed with more than 1 Cred. The possibilities are abundant.

Power to the People

Since users are the ones who decide who gets the money, they’re now the ones in power. No longer will creators be de-monetized due to the content they create (as long as the content isn’t blatantly illegal). This is because it’s their audience who will decide if they should be rewarded.

It goes without saying that Slyde ends up winning in this arrangement too. Not only do we make 30% of Premium revenue, we don’t really have to sell it. Channels that call Slyde home moving forward will do that. It also helps the viability of our social network when it comes to critical mass.

Influencers now have a reason to grow a following on Slyde. And much more importantly, be first. The first to do it have the most to gain. Slyde has already amassed nearly 100k users. As influencers move their followers to Slyde, it helps our critical mass problem become less of one.

Slyde is built on a foundation of expression, personality and privacy. We’ve received universally positive feedback from everyone who’s joined us so far. We’ve been live for a year and we feel like we’ve stumbled on to something special, and we're about to launch into Beta.

We’re rolling out Slyde Premium right now! The reason we’ve decided to launch premium so early is to make our intentions clear from the beginning and to offer communities a new way to get support from their members right away. Because of that, we’ll be launching it at a relatively low price-point ($4.99/mo).

Anyone who gets premium now will be grandfathered in to that price-point for life. This means that when we do launch an ad platform for businesses, users on premium will continue to get an ad-free, tracking free experience. The rest (vast-majority) will start seeing ads at that point, but won’t be tracked.

So start building your following on Slyde! If you know a community, influencer or creator who would love to see this from a general social network, get in contact with us via e-mail! Or send us a message on Slyde. 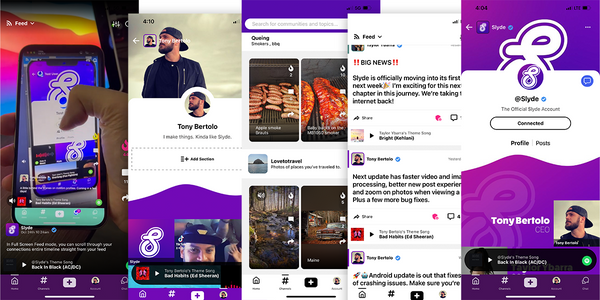 In late 2020 Slyde opened up privately to friends and family in hopes that a new social network was something people were wanting. Shortly after that we opened up publicly; tens of thousands of people joined and we received an overwhelming amount of positive feedback. It became clear that people 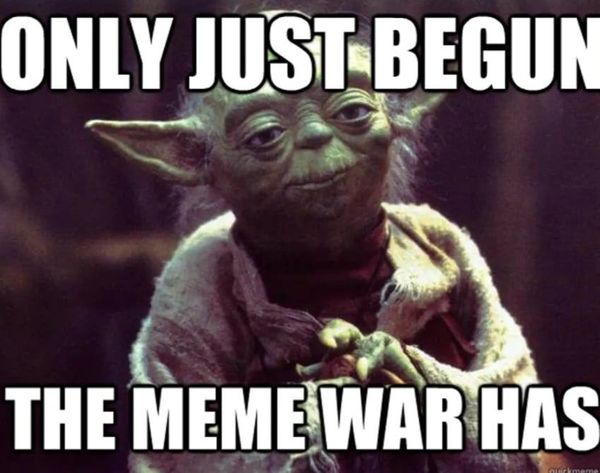 Moderating a large social network is hard yet we manage to take a rather hands off approach. Find out how we moderate.